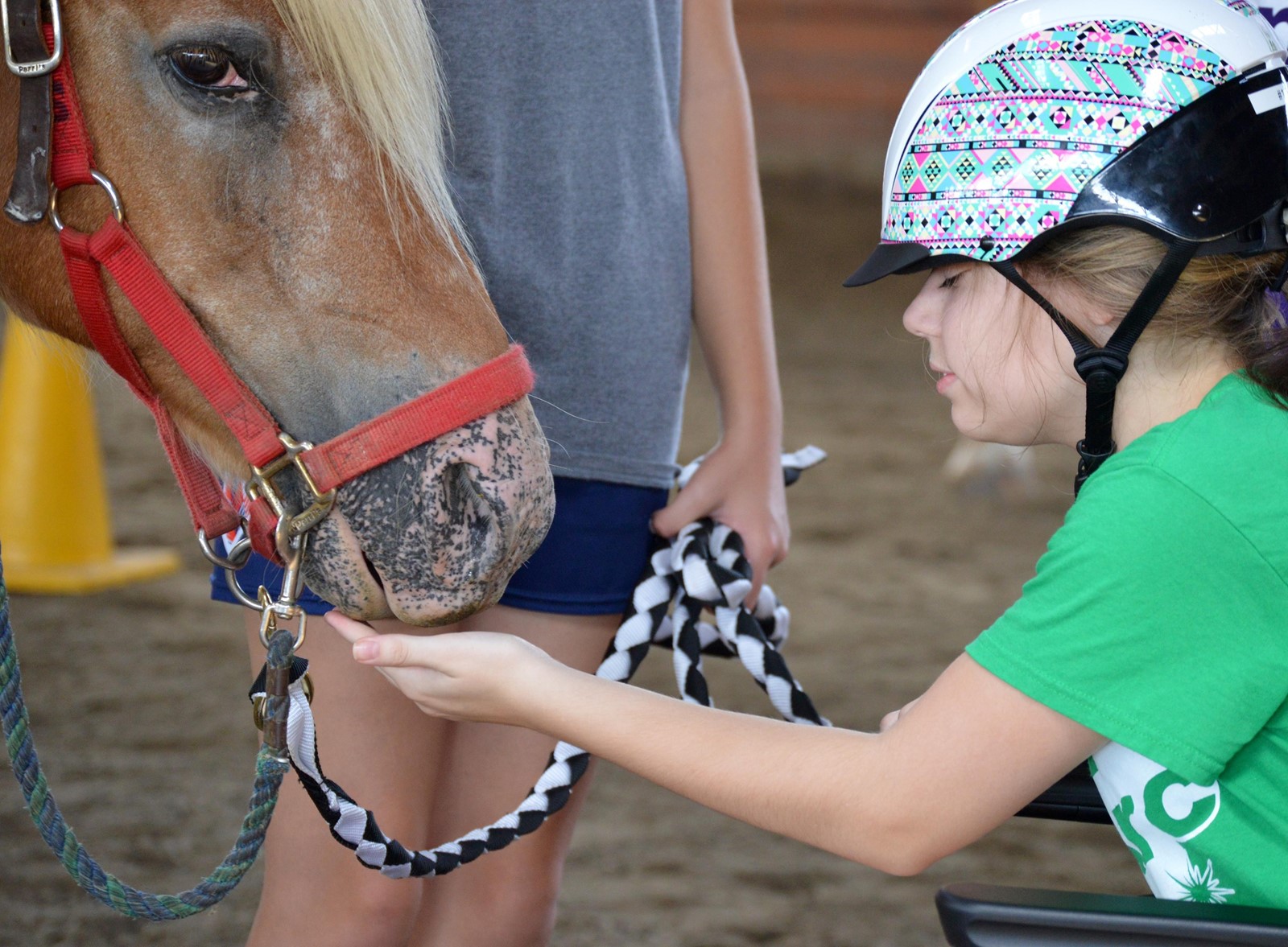 After more than 15 years and a handful of farms, Chesapeake Therapeutic Riding has bought a permanent place to continue its mission of providing adaptive riding and physical therapy on horseback for people with physical, emotional and mental challenges.

For the last two years, Cathy Schmidt has been renting the nearly 29-acre Serenity Hill Farm in Street from Sally Hoedebecke. On Oct. 16, she and Chesapeake Therapeutic Riding made the $250,000 down payment.

“We bought the farm, in a good way,” Schmidt said.

It’s taken a lot of work and a lot of time to get to the point of being able to buy a farm, she said.

“It was surreal, considering our first budget was zero dollars and my horse, and here we bought a farm appraised for more than $1 million,” Schmidt said. “It’s just quite a journey. I’m still kind of in awe of the whole thing.”

Schmidt, executive director and founder of Chesapeake Therapeutic Riding, said she was inspired by everyone working together to make the purchase happen.

“When people do that, good things can happen. When you put personal agendas aside and say you’re going to make it happen, then you do it, and never give up,” she said.

Nancy Spence, CTR’s board president, said the group has worked diligently over the years to create a secure future for the organization, its programs and the clients it serves.

“We are now poised to expand our programs, services and reach into the community,” she said. “We are excited about and confident in all that the future holds for us.”

CTR has nine horses that are used to provide a variety of services, including equine experiences, hippotherapy, Hoofprints bereavement program for children and adolescents, horse powered reading hands-on education for pre-kindergarten to eighth-grade students, Horses & Heroes for veterans, Pony Express for people who can’t leave their environments, Silver Saddles for senior citizens, team building experiences for corporations and nonprofits, and therapeutic riding.

CTR is Harford County’s first Horse Discovery Center and one of 40 in the state. It was founded in 2003 with a mission to deliver healing and learning to individuals and groups whose minds, bodies and spirits will benefit from the transformative connection between people and horses, according to a news release announcing the purchase of the farm.

Today, with a herd of nine horses, CTR serves people and organizations from Harford and surrounding counties including the Harford Center, the Maryland School for the Blind and the VA Maryland Health System.

When she was in college, Schmidt did an internship with the Devereaux Foundation in Pennsylvania that provided services for people of differing abilities, and she was fascinated by it, she said.

“What struck me the most was seeing people with differing abilities doing what people do — going to work, living on their own, cooking for themselves, doing laundry,” Schmidt said. “They were living a full life because they had the support of the [foundation]. I’m a lifelong horse person and I think it’s really cool when people connect with horses. I think horses make everybody’s life better.”

She founded CTR with the goal of connecting people who would not normally have the opportunity to be around horses.

The horses range in age from 18 to 33 years old and are all on their second or third careers.

“We make our horses’ lives better… because they may have been put out to pasture long ago,” Schmidt said. “With CTR, they have a purpose, they’re engaged, they’re healthy.”

CTR started at a boarding stable in Bel Air, where the owner allowed Schmidt to teach for three hours on Saturday mornings.

“That’s all we could do because our operation would have disrupted her operation,” Schmidt said. “We were just grateful to get started.”

She was there from 2005 to 2008, when CTR relocated to a second farm, and then a third in 2017 until she and the president of CTR’s board of directors realized they needed their own place.

The people she was renting from were “super nice,” she said, but for various reasons Schmidt encountered roadblocks when she wanted to add programs.

“The board president and I came to the conclusion that we had to move again and this time we’d have to buy a farm,” she said. “At the time we had a fairly new board of directors and they were all committed to the mission.”

Schmidt met Hoedebecke during a previous farm search, but Hoedebecke wanted to sell her property, not rent it. But Schmidt asked if she and her staff could be caretakers for the farm, which would allow her to move to her new home.

“We were finally able to settle Oct. 16,” she said. “It is the best feeling in the world, she hung in there with us.”

Because she did, it gave CTR credibility with foundations and donors and Schmidt said she is “eternally grateful.”

The process, throughout which the rent was the property taxes and CTR assumed responsibility for all maintenance, allowed Hoedebecke to say goodbye to the farm.

Programming at the farm is expanding as well, with additional funding through a VA adaptive sports grant.

“Now that we’re established in one place, we can enhance our field trip offerings to schools and church groups, any other group that wants to come to the farm,” Schmidt said.

It also allows them to focus on their mission.

“We’re special needs friendly,” she said. “We accommodate that population because we get it.”